It dawned a dark, rainy day on the morning of the competition and then The Gap was checked to see the conditions outside the seas looked like a washing machine!

But as the divers gathered the safety boat went out and came back the competition was on! The safety talk was conducted and the roll call and the divers went out for the days diving. The harbour turned out to be surprisingly clear with a lot of fish about. Both Shark Island and Sow & Pigs Reef had excellent conditions. But outside the harbour the conditions were rough and sloppy and challenging to spearfish in. 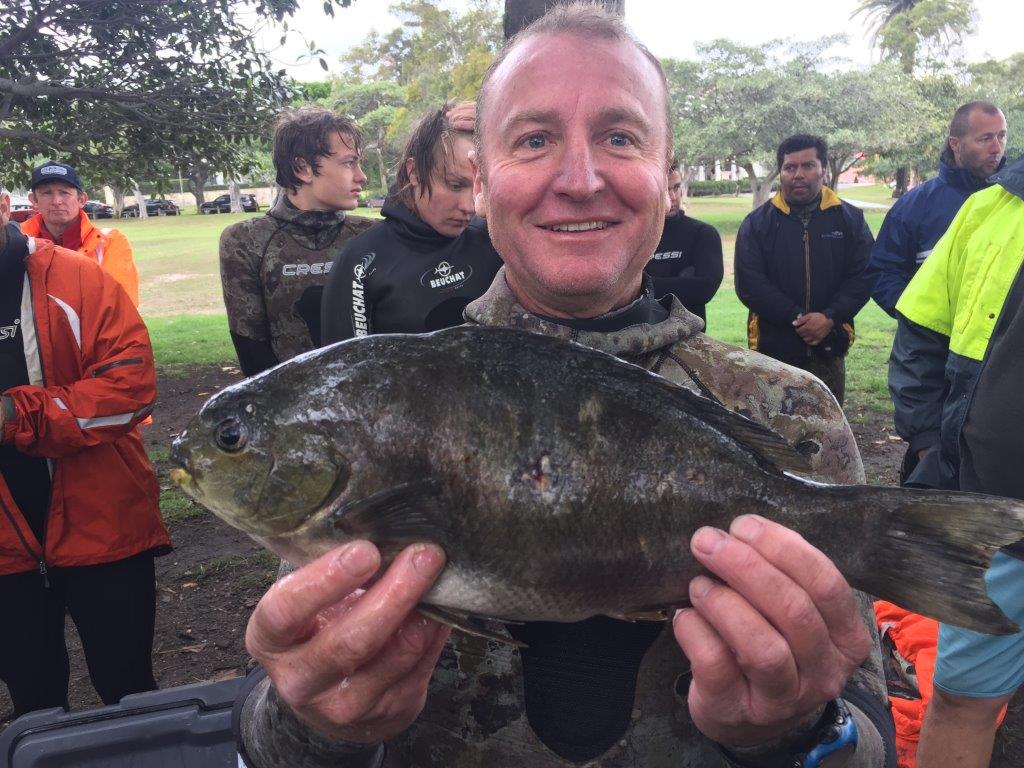 The competition finished at 1:15pm and all competitors were back in time, some interesting fish came in like Parry Gryllis’s blue bar parrotfish, Phil Sheppard’s spinefoot. Phil also got a huge silver drummer of over nine kilograms. The weigh in went smoothly and some of the tourists that hung about were rewarded with a fish or two, good public relations!
When the score were done it was SSD Derrick Cruz who took out the day with 699pts and Matt Poulton coming fourth with 419pts which has them level pegging at first going into the final round. The last competition is on December the 3 rd at Gunnamatta Bay, Cronulla. A BBQ and drinks will be on after the competition and all are welcome.

Scores are missing October results and will be updated soon.